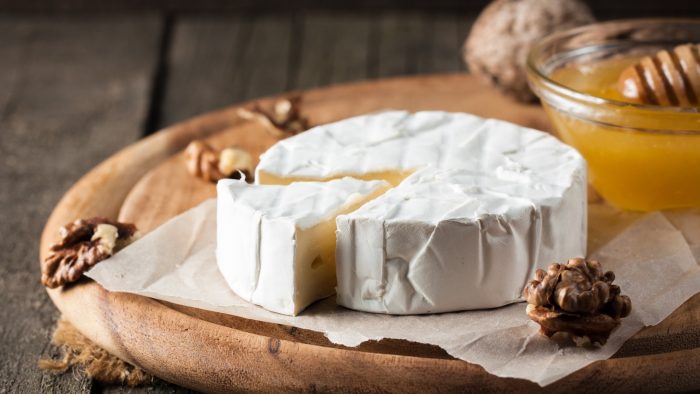 The foundation of a comprehensive and well-implemented QA strategy is a sound testing approach. And a sound testing approach, in its turn, depends on having a proper test data management (TDM) process in place. TDM’s responsibilities include obtaining high-quality and high-volume test data in a timely manner. However, obtaining such data isn’t an easy process and might create prohibitive infrastructure costs and unforeseen challenges.

This post is all about the solution: data subsetting.

We begin by defining data subsetting in a more general sense and then explain why it’s so important in the context of TDM. We then talk about the main challenges involved in data subsetting and cover the main methods in which it can be performed.

What Is Data Subsetting?

Data subsetting isn’t a hard concept to grasp. To put it simply, it consists of getting a subset or a slice of a complete dataset and moving it somewhere else.

The next step is to understand how this concept works in the context of TDM.

Why Is Data Subsetting Needed in TDM? Knowing the Pain

A couple of sections ago, we definedtest data management. You learned that this process is in charge of coming up with reliable data for the consumption of automated test cases. And even though there are alternatives, one of the most popular solutions for this problem is merely copying the data from the production servers, which is often called production cloning.

Copying from production is a handy way of obtaining realistic data sets from testing since nothing is more real than data. However, this approach presents some severe downsides. The security-related challenges can be solved with approaches like data masking. This post focuses on the challenges related to infrastructure.

The Pains of Production Cloning: The Infrastructure Edition

You could probably summarize the infrastructure-related challenges of production in two words: high costs. If you want to copy 100 percent of your production data into your test environments, you’ll incur incredibly high costs for storage and infrastructure.

That’s not to mention the fact that you could potentially have not only one test environment but several. So we’re talking about multiplying this astronomical cost three, four, or even five times.

Besides the direct financial hit, you’d also incur indirect costs in the form of slow test suites. If you have gigantic amounts of test data, then it’ll necessarily take a long time for you to load it when it’s time for test execution.

Data Subsetting to the Rescue

Applying data subsetting in the context of TDM can solve or alleviate the difficulties of copying data from production. When you create test data by copying not the whole production database but a relatively small portion of it, you don’t incur the exorbitant infrastructure costs that you would otherwise. In other words, it’s like a partial production cloning.

What are the main benefits of using data subsetting in TDM?

The first distinct advantage is the decrease in storage costs for the test data. In the same vein, you’ll also incur fewer costs in overall infrastructure. This cost savings quickly becomes outstanding if you factor in multiple QA or testing environments, which you most likely have.

But the benefits of data subsetting aren’t all about cost. Test time is also impacted positively. Since there’s less data to load and refresh, it takes less time to do it. That way, the adoption of data subsetting can also reduce the total execution time of your test suites.

The Challenges Involved in Data Subsetting

There isn’t such a thing as medicine without side effects. So data subsetting, despite being able to cure or alleviate some pains in the TDM process, also comes with some pains of its own. Let’s look at them.

The first roadblock is referential integrity. Let’s say you work for a social network site and you’re implementing data subsetting. The site has one million users, and you’ve got just a hundred thousand of them for your test database, slicing from the users table. When you’re getting data from the other tables in the database, you have to make sure to fetch the posts, friendships, and pictures from just those hundred thousand users to keep the existing foreign-key relationships intact.

This roadblock becomes even more relentless when you factor in the possibility of relationships spanning multiple databases. There’s nothing that prohibits this organization from storing user profiles in a PostgreSQL database and posts in an Oracle database.

These types of relationships can be even harder to track and protect when they span not only multiple databases but multiple data sources. You could use relational databases for some types of data while others reside in .csv files, and a third type might be stored in some document-based NoSQL database. Such a variety of possible data sources certainly poses a challenge for maintaining referential integrity when doing data subsetting.

Let’s now cover the main methods in which you can implement data subsetting.

We start with the most straightforward approach. In the case of data subsetting, this translates as using plain old SQL queries.

Now let’s say you want to fetch the posts from those hundred users. How would you do it? Here’s a solution:

These are just simple examples. For a more realistic approach, you would have more complex queries stored in script files. Ideally, you’d check those in version control to any track changes.

The advantage of this approach is that it’s easy to get started. It’s pretty much it. You most likely have people with SQL knowledge in your organization, so the learning curve here should be nonexistent.

On the other side, this approach is very limited. While it might work well in the beginning, as soon as your subsetting needs start to get serious, it falls apart. It’s going to become increasingly harder to understand, change, and maintain the scripts. You have to bear in mind that changes to the “root” query (in our example, the query that fetches the hundred users) cascades down to its children, which further complicates updating the scripts.

Also, knowledge of query performance optimization techniques might be necessary. Otherwise, you might get into situations where poorly written queries become unusable due to outrageously poor performance.

The second approach on our list consists of developing a custom application to perform the subsetting. The programming stack you use for creating this application is of little consequence. So just adopt the programming languages and frameworks the software engineers in the organization are already comfortable using.

This approach can be effective for small and medium-size teams, especially when it comes to cost. But at the end of the day, it has more downsides than benefits.

First, building such a tool takes development time that could be used elsewhere, so you’re incurring an opportunity cost here. Database knowledge would also be necessary for building the tool, which would partially defeat the purpose of having this abstraction layer above the database in the first place.

Also, the opportunity cost of building the tool isn’t the only one you would incur. After the solution is ready, you’d have to maintain it for as long as it’s in use.

Why build when you can buy? That’s the reasoning between the second approach on our list: adopting an existing commercial tool.

There are plenty of benefits in adopting a commercial tool, among which the most important are probably the robustness and scalability of the tool and the high number of databases and data sources it supports.

The downside associated with buying isn’t that surprising, and it boils down to one thing: high costs. These costs aren’t just what you pay when buying or subscribing to the tool. You have to factor in the total cost of ownership, including the learning curve. And that might be steeper than you expect.

Why buy when you can get it for free, besides having access to the source code?

Adopting open source subsetting tools is like getting the best of both worlds: you don’t have to build a tool from scratch, while at the same time you can see the source code and change it if you ever need to expand the capabilities.

The downside is the total cost of ownership, which might still be high, depending on the learning curve the tool presents.

TDM: Subset Your Way to Success!

Copying data from production to use in tests is an old technique. It’s a handy way of feeding test cases with realistic data. However, it’s not without its problems. Besides security and privacy concerns, production cloning can also generate substantial infrastructure costs and high testing times.

Thanks for reading, and until next time.

This post was written by Carlos Schults. Carlos is a .NET software developer with experience in both desktop and web development, and he’s now trying his hand at mobile. He has a passion for writing clean and concise code, and he’s interested in practices that help you improve app health, such as code review, automated testing, and continuous build.